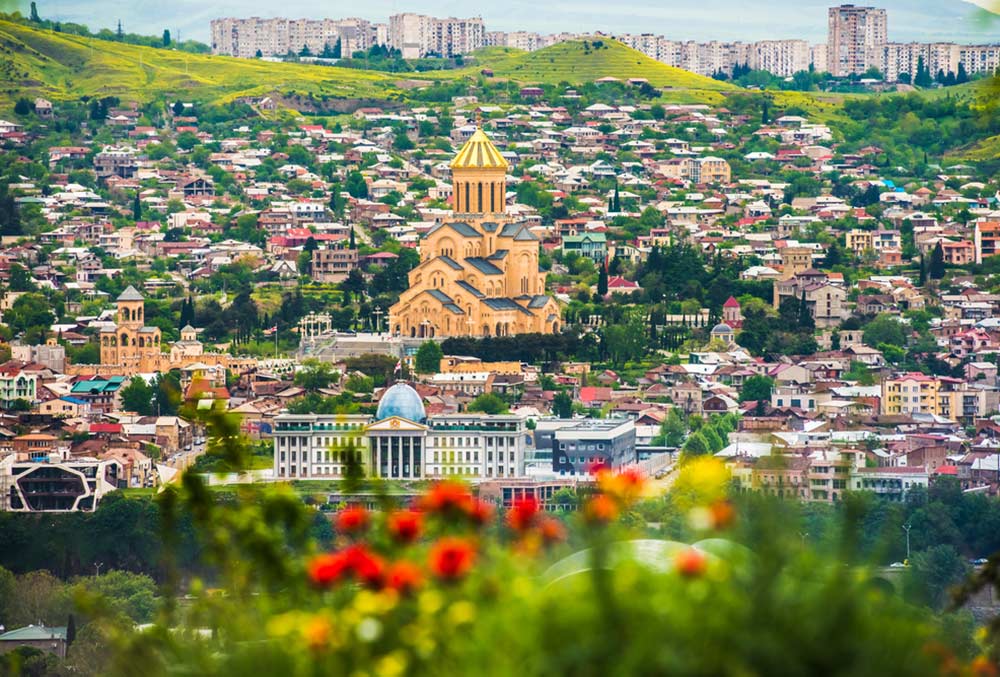 Georgia (Georgian: საქართველო) is a country in the Caucasus region of Eurasia. Located at the crossroads of Western Asia and Eastern Europe, it is bounded to the west by the Black Sea, to the north by Russia, to the south by Turkey and Armenia, and to the southeast by Azerbaijan. The capital and largest city is Tbilisi. Georgia covers a territory of 69,700 square kilometers (26,911 sq mi), and its 2017 population is about 3.718 million. Georgia is a unitary semi-presidential republic, with the government elected through a representative democracy.

During the classical era, several independent kingdoms became established in what is now Georgia, such as Colchis, later known as Lazica and Iberia. The Georgians adopted Christianity in the early 4th century. The common belief had an enormous importance for spiritual and political unification of early Georgian states. A unified Kingdom of Georgia reached its Golden Age during the reign of King David IV and Queen Tamar in the 12th and early 13th centuries. Thereafter, the kingdom declined and eventually disintegrated under hegemony of various regional powers, including the Mongols, the Ottoman Empire, and successive dynasties of Iran. In the late 18th century, the eastern Georgian Kingdom of Kartli-Kakheti forged an alliance with the Russian Empire, which directly annexed the kingdom in 1801 and conquered the western Kingdom of Imereti in 1810. Russian rule over Georgia was eventually acknowledged in various peace treaties with Iran and the Ottomans and the remaining Georgian territories were absorbed by the Russian Empire in a piecemeal fashion in the course of the 19th century. During the Civil War following the Russian Revolution in 1917, Georgia briefly became part of the Transcaucasia Federation and then emerged as an independent republic before the Red Army invasion in 1921 which established a government of workers’ and peasants’ soviets. Soviet Georgia would be incorporated into a new Transcaucasia Federation which in 1922 would be a founding republic of the Soviet Union. In 1936, the Transcaucasia Federation was dissolved and Georgia emerged as a Union Republic. During the Great Patriotic War, almost 700,000 Georgians fought in the Red Army against the German invaders. After Soviet leader Joseph Stalin, a native Georgian, died in 1953, a wave of protest spread against Nikita Khrushchev and his de-Stalinization reforms, leading to the death of nearly one hundred students in 1956. From that time on, Georgia would become marred with blatant corruption and increased alienation of the government from the people.

By the 1980s, Georgians were ready to abandon the existing system altogether. A pro-independence movement led to the secession from the Soviet Union in April 1991. For most of the following decade, post-Soviet Georgia suffered from civil conflicts, secessionist wars in Abkhazia and South Ossetia, and economic crisis. Following the bloodless Rose Revolution in 2003, Georgia strongly pursued a pro-Western foreign policy; aimed at NATO and European integration, it introduced a series of democratic and economic reforms. This brought about mixed results, but strengthened state institutions. The country’s Western orientation soon led to the worsening of relations with Russia, culminating in the brief Russo-Georgian War in August 2008 and Georgia’s current territorial dispute with Russia.

Georgia is a member of the United Nations, the Council of Europe, and the GUAM Organization for Democracy and Economic Development. It contains two de facto independent regions, Abkhazia and South Ossetia, which gained very limited international recognition after the 2008 Russo-Georgian War. Georgia and most of the world’s countries consider the regions to be Georgian territory under Russian occupation.

Georgia is mostly situated in the South Caucasus, while parts of the country are also located in the North Caucasus. The country lies between latitudes 41° and 44° N, and longitudes 40° and 47° E, with an area of 67,900 km2 (26,216 sq mi). It is a very mountainous country. Historically, the western portion of Georgia was known as Colchis while the eastern plateau was called Iberia. Because of a complex geographic setting, mountains also isolate the northern region of Svaneti from the rest of Georgia. The main roads through the mountain range into Russian territory lead through the Roki Tunnel between Shida Kartli and North Ossetia and the Darial Gorge (in the Georgian region of Khevi). The Roki Tunnel was vital for the Russian military in the 2008 Russo-Georgian War because it is the only direct route through the Caucasus Mountains. The southern portion of the country is bounded by the Lesser Caucasus Mountains. The Greater Caucasus Mountain Range is much higher in elevation than the Lesser Caucasus Mountains, with the highest peaks rising more than 5,000 meters (16,404 ft) above sea level.

The climate of Georgia is extremely diverse, considering the nation’s small size. There are two main climatic zones, roughly corresponding to the eastern and western parts of the country. The Greater Caucasus Mountain Range plays an important role in moderating Georgia’s climate and protects the nation from the penetration of colder air masses from the north. The Lesser Caucasus Mountains partially protect the region from the influence of dry and hot air masses from the south. Much of western Georgia lies within the northern periphery of the humid subtropical zone with annual precipitation ranging from 1,000–4,000 mm (39.4–157.5 in). The precipitation tends to be uniformly distributed throughout the year, although the rainfall can be particularly heavy during the autumn months. The climate of the region varies significantly with elevation and while much of the lowland areas of western Georgia are relatively warm throughout the year, the foothills and mountainous areas (including both the Greater and Lesser Caucasus Mountains) experience cool, wet summers and snowy winters (snow cover often exceeds 2 meters in many regions). Eastern Georgia has a transitional climate from humid subtropical to continental. The region’s weather patterns are influenced both by dry Caspian air masses from the east and humid Black Sea air masses from the west. The penetration of humid air masses from the Black Sea is often blocked by mountain ranges (Likhi and Meskheti) that separate the eastern and western parts of the nation. Annual precipitation is considerably less than that of western Georgia and ranges from 400–1,600 mm (15.7–63.0 in). The wettest periods generally occur during spring and autumn, while winter and summer months tend to be the driest. Much of eastern Georgia experiences hot summers (especially in the low-lying areas) and relatively cold winters. As in the western parts of the nation, elevation plays an important role in eastern Georgia where climatic conditions above 1,500 meters (4,921 ft) are considerably colder than in the low-lying areas. The regions that lie above 2,000 meters (6,562 ft) frequently experience frost even during the summer months.

The education system of Georgia has undergone sweeping modernizing, although controversial, reforms since 2004. Education in Georgia is mandatory for all children aged 6–14. The school system is divided into elementary (six years; age level 6–12), basic (three years; age level 12–15), and secondary (three years; age level 15–18), or alternatively vocational studies (two years). Students with a secondary school certificate have access to higher education. Only the students who have passed the Unified National Examinations may enroll in a state-accredited higher education institution, based on ranking of the scores received at the exams.

Most of these institutions offer three levels of study: a Bachelor’s Program (three to four years); a Master’s Program (two years), and a Doctoral Program (three years). There is also a Certified Specialist’s Program that represents a single-level higher education program lasting from three to six years. As of 2016, 75 higher education institutions are accredited by the Ministry of Education and Science of Georgia. Tbilisi has become the main artery of the Georgian educational system, particularly since the creation of the First Georgian Republic in 1918 permitted the establishment of modern, Georgian-language educational institutions. Tbilisi is the home to several major institutions of higher education in Georgia, notably the Tbilisi State Medical University, which was founded as Tbilisi Medical Institute in 1918, and the Tbilisi State University (TSU), which was established in 1918 and remains the oldest university in the entire Caucasus region. With enrollment of over 35,000 students, the number of faculty and staff (collaborators) at TSU is approximately 5,000. Georgia’s main and largest technical university, Georgian Technical University, as well as The University of Georgia (Tbilisi), Caucasus University and Free University of Tbilisi are also in Tbilisi. 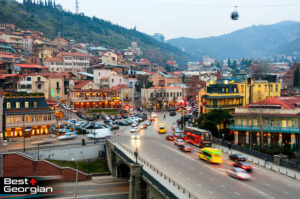 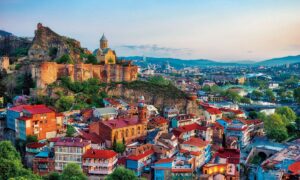 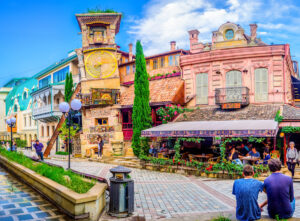 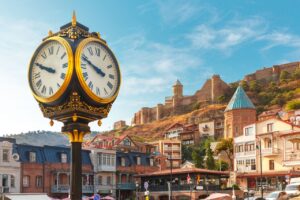 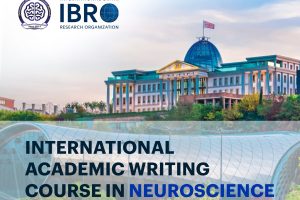 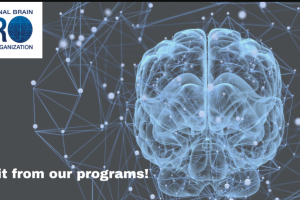 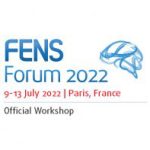 Voltage imaging and beyond, next-generation molecular and optical tools for high-speed brain imaging